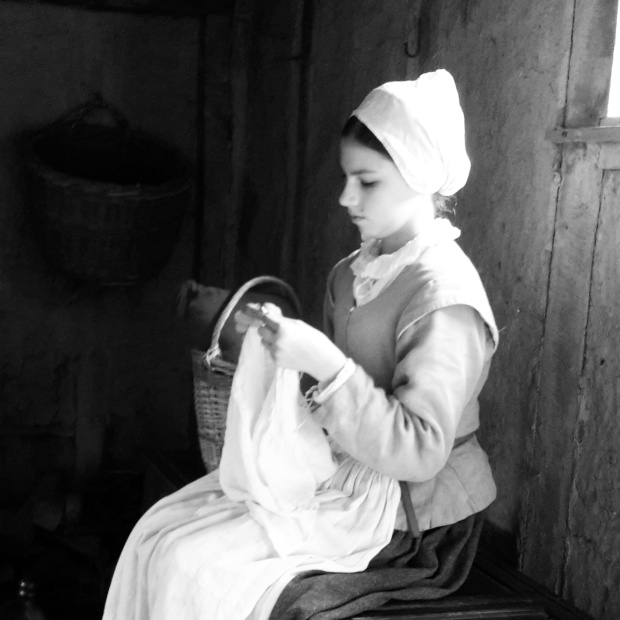 My grandmother has several quilts she made herself. I like them: little triangles and squares arranged in quaint mountain-like patterns. And while reading the book Huckleberry Finn, I came to think of American English as a large quilt. It is made up of many different pieces of languages—Dutch, Latin, French—and America is made of many diverse people.

The Adventures of Huckleberry Finn, by Mark Twain (Samuel Clemens), is a witty and adventurous work of historical fiction. It tells of a young American hobo of sorts, Huckleberry Finn (who is also discussed of in one of Twain’s other works, Tom Sawyer). Accompanied by Jim, the runaway slave, Huck witnesses all sorts of strange, funny, and frightening events.

Racism is a prevalent theme in this book. A word that struck me was nigger, an extremely derogatory term for slave. Seventeenth-century dictionaries claimed that it was neutral, but the word acquired an offensive meaning over time. In fact, Adam Gribben, a scholar, published an edition of Huckleberry Finn that omitted such disrespectful words. In Huckleberry Finn, nigger was used as many as two hundred times. However, it confirms the brutal way that some white people viewed slaves: not even human.

The Adventures of Huckleberry Finn is more than a work of historical fiction; it is a work of art. It revealed to me the quilt-like nature of American English, its colorful pieces all linked together. Imagine how dull a quilt would be with only one color. Imagine how dull English would be without words like niche (French), fjord (Norwegian), or grotto (Italian). Every scrap of cloth is needed, every borrowed word is wanted—just as every person should be.

You can buy this book here